The European Union obliges operators to lower the price of using a mobile overseas (roaming), and to totally eliminate tariff surcharges from July 1st 2014 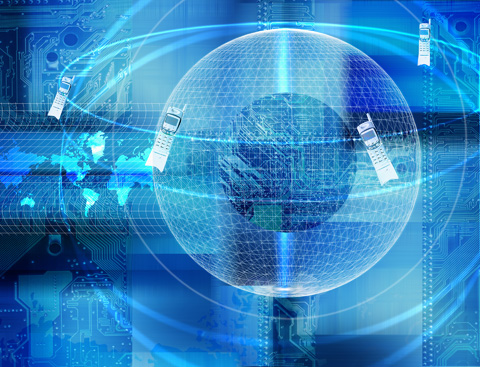 The European Union revised the maximum prices that operators are allowed to charge for roaming. Said control in Regulation 531/2012 of the European Parliament and Council, of June 13th, 2012, relating to roaming for public networks for mobile communication in the Union, and published in the Official Journal of the European Union of June 30th, 2012, allows, from the 1st of July 2013, the use of the internet on a mobile from another EU state, with a maximum charge of 45 cents per mega, (VAT not included); calling with a charge that cannot exceed 24 cents per minute, receiving calls for 7 cents a minute, and sending an SMS, for 8 cents.

These maximum tariffs are established by the European Union so that people who travel may avoid abusive surcharges from operators. This latest revision to lower prices is significant, above all when it comes to using the internet on a mobile: the maximum charge for data transfer is reduced to 36%, when compared to what was established last year. Since the first regulation in 2007, this tariff has been reduced by 91%. For its part, the cost of calls and messages has fallen to up to 80%.

Using these figures as limits, the regulation establishes that the operators have freedom to set cheaper tariffs (some have already started to eliminate additional costs for voice roaming and text messages) or to offer free roaming zones in certain regions in Europe.

Towards the complete elimination of roaming

The vice-president of the European Commission and the commissioner of the Digital Agenda, Neelie Kroes, who declared that “The latest price cuts put more money in your pocket for summer, and are a critical step towards getting rid of these premiums once and for all”, has achieved her aim, and according to The Telegraph, the European Union will end roaming charges from 2014. The group of 27 European commissioners voted on Tuesday June 11th, 2013 in Brussels on the new measure which will enter into force on July 1st, 2014.

The final proposal will be explained in more detail in the next few weeks. The European Union hopes that this will not overly affect telephone companies, after various years of it trying to put an end to these excessive charges. They argue that the elimination of these roaming charges will be beneficial to companies, given that users will be able to use a mobile more freely, as if they were at home.

The reform has the aim of consolidating European mobile operators, given that the Union believes that there are too many companies that offer the same service in the 27 member states. In Europe there are more than 100 different operators, while in the USA there are only four companies. It is something that the European Commission would like to change.

They state that the current model is not sustainable for the outlook we face. Currently, Europe has less 4G coverage than Africa, which is something that has happened due to the bad situation of operators in the Old Continent. The idea is to look for a single market with stronger operators, capable of promoting investment.

The elimination of roaming in Europe includes some measures so as to not harm the operators too much, as these operators have been receiving a strong source of income using this concept. The Commission will explain all in more detail in the next few weeks.

Moratory interests of consumer loans and credits after the ECJ sentence of July 14, 2012.

LeQuid Takes Part in the Development of the Insolvency Union.

Revisiting abusive moratory interest for loans and credits: a court suggests before the ECJ that act 1/2013 could be against EU law.