InvierteMe is a project promoted by a group of young entrepreneurs. The project started in Silicon Valley. 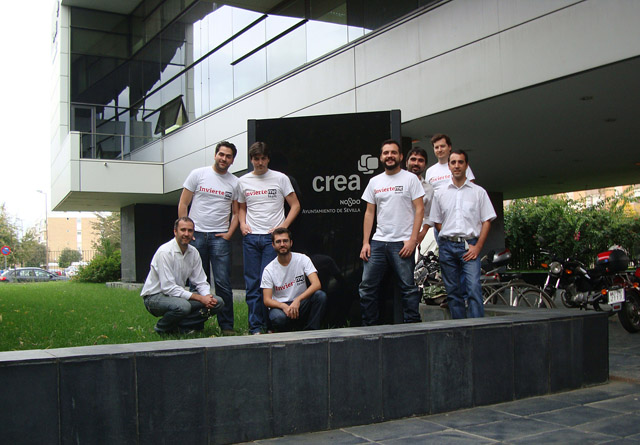 Madrid. – InvierteMe is a platform that aims to be an international model for entrepreneurs and a meeting point for investors and institutions through the Internet. It is now presenting its private beta version to its more than 2500 registered users, which feature entrepreneurs and investors from different countries, mainly Spain and Latin America.

In November 2011, InvierteMe announced the start of its development and during this time it has grown to more than 2500 entrepreneurs and investors that have registered on the website. This is thanks to the support from the main references of the sector, for example TodoStartups.com. From Wednesday 21st of November, entrepreneurs can start to use the new platform, where they will be able to upload ideas and projects, meet other entrepreneurs so that they can join their teams and work together, receive specialised information in order to strengthen their entrepreneurial skills or find different financing sources according to their business model. Moreover, investors will be able to make use of InvierteMe to find a large community of Talent where they can choose the best for their investments.

InvierteMe is a new meeting point for entrepreneurs, investors and institutions. It is a point of reference for all eager entrepreneurs that face the challenge of transforming their idea into a business reality. It was founded by real entrepreneurs who know the real needs of the entrepreneur as well as the investor.

InvierteMe is a web platform that emphasizes entrepreneurial initiative as a way for the social economy to grow and gain structure, facilitating the growth of new projects, the cooperation between entrepreneurs and the forming of work groups in a free and honest way. The closeness of InvierteMe, as well as its new concepts including Matching, Gamification, and Coopetition have already attracted users from all over the world. In this way, motivation is turned into the main work tool for the entrepreneur.

A project that started in Silicon Valley

InvierteMe is an initiative that began in Silicon Valley. In the summer of 2011, the 14 winners of the Yuzz competition from Fundación Banesto, amongst those including Héctor M. Morell, were awarded with a training trip to San Francisco. There, they had the opportunity to get to know the entrepreneurial ecosystem of Silicon Valley, network with American entrepreneurs and investors, receive information at the universities of Berkeley and Stanford, as well as visit the large businesses established in Palo Alto: Google, Ideo, Intel amongst others.

It was there where a new idea started to develop with the aim of inspiring, motivating and shaping entrepreneurs of any age in order to help them to get their projects moving.

Héctor M. Morell, Juan Merodio – expert in digital marketing – and Carlos Ruíz Tapiador – entrepreneur/investor that founded EConta, the company that later purchased BBVA, and founder of TMClick or ContyGo, investee enterprises of the Venture Capital Fund DAD – are some of the professionals that have got together in order to launch InvierteMe.

Héctor M. Morell, InvierteMe’s CEO, states that “80% of entrepreneurs do not know very much about where to find financing or how to get a good team, whereas the 20% that is left saturate investors with very immature projects”.

With a team of more than 10 people and after having achieved financing from investors, InvierteMe is now one of the private online platforms for the encouragement of entrepreneurship with the most methods focused on motivation and helping the whole of the entrepreneurial ecosystem through talent retention, the management and maturing of ideas and projects and the search for new access paths in order to find the financing required to transform viable projects into business realities.

InvierteMe is a meeting place on the internet for entrepreneurs and investors that have already captured an interest in the sector and the specialized methods. It is an online community that facilitates the financing and development of the most innovative business ideas.

InvierteMe is a dynamic and simple platform that strengthens the cooperation between users and the forming of work groups, generating a more productive, creative ambiance.

InvierteMe is a place of reference for all entrepreneurs eager to transform their idea into a profitable reality, and it already has users from more than 40 countries. It is a meeting place to share thoughts and give way to new projects. It is a place to find financing and keep updated on everything that goes on in the entrepreneurial community.

InvierteMe is a web platform that emphasizes entrepreneurial initiative as a way for the social economy to grow and gain structure, facilitating the promotion of new projects and offering training focused on strengthening our users’ entrepreneurial skills in a free and honest way.

Important national and international businesses have trusted in the project from the beginning and offer their services to the platform’s users:

InvierteMe also has the backing of successful reference blogs from the sector such as:

Professional and socially responsible investors, an option for the future.

Law on support for entrepreneurs and public fund investment for young companies.