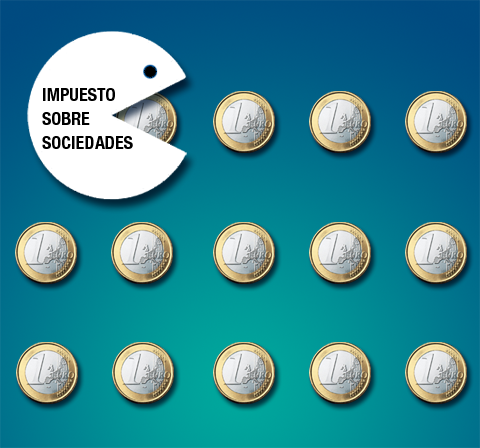 Companies that start their business in tax years 2012 and 2013 must adhere to the following new aspects of corporation tax (Impuesto sobre sociededes).

1.-Limitation to the amortization of financial goodwill

On a temporary basis, for the tax periods which start in 2012 and 2013, the maximum annual limit for the deduction of the Spanish financial goodwill decreases from 5% to 1%. This limitation is set for any goodwill, both when generated from acquisitions of any kind of business (section 12.6 TRLIS*), as well as business restructuring transactions (section. 89.3 TRLIS).

However, the non-deducted quantity will be able to be deducted in later financial years.

The Royal Decree-Law 20/2012 temporarily reduces the maximum annual limit of deduction corresponding to intangible assets with indefinite useful life. This goes for the tax periods of 2012 and 2013 and is regulated in section 12.7 of the TRLIS. The reduction is of 10% to 2%, and in this way, the period for applying for such deduction is extended.

The Royal Decree-Law 12/2012 introduces the following modifications relating to the deductibility of financial expenses.

A) Financial expenses will not be deductible when derived from the debts acquired with entities of the group or other entities for the acquisition of capital shares or own funds of any type of entity, in order to contribute to the capital or own funds of other entities of the group. On the contrary, these financial expenses may be deducted if valid economic reasons for such transactions can be proved.

B) The deductibility of net financial expenses is limited to 30% of the operating profits of the tax period.

Operating profits: determined from the result of the operation of the Profits and Losses account of the tax period (determined according to the Commercial Code and accounts) eliminating: amortization of assets, the allocation of grants of non-financial assets and others, and the deterioration and financial results of impairment gains and losses on disposal of non-current assets, and adding: financial income from shares in equity instruments that correspond to dividends and shares in profits of entities, with at least 5% shares, or with an acquisition value of more than 6,000,000€.

In any case, net financial expenses of the tax period amounting to 1 million euros will be deductible.

Financial expenses that have not been able to be deducted, as they exceed the 30% limit, may be deducted in tax periods which end in the following 18 years, together with the expenses of  the corresponding tax periods and using the same limit of 30%

When it comes to entities which file consolidated tax returns, the 30% limit refers to the tax group.

The RD-L 6/2012 establishes freedom of amortization for investments on new material assets and real-estate investments used for economic activity, made available to the tax payer during the tax periods which started in 2009, 2010, 2011 and 2012. This is applicable as long as certain requirements are adhered to for the maintaining of staff.

On the other hand, the RD-L 13/2010, of December 3rd, in effect from the 1/1/2011, created freedom of amortization for new fixed material assets, in force until repealed. It allowed for the amortization of investment of new material assets and real-estate investments used for economic activity, made available to the tax payer during the tax periods started in years 2011, 2012, 2013, 2014 and 2015. This is not subject to any requirement to maintain staff.

The RD-L 12/2013 repeals the 11th additional provision of the TRLIS and the freedom of amortization will only be applicable for assets acquired until March 30th 2012 (on March 31st the RDL 12/2012 entered into force).

The transitional regime established in the RD-L 12/2013 allows tax payers that have made investments, until the entry into force of the RD-L 12/2012 and which have applicable quantities pending which correspond to the amortization of the 11th additional provision of the TRLIS, to continue applying them, according to the conditions establishes in each of the aforementioned Royal Decree Laws.

In the tax periods of 2012 and 2013 tax payers that have made investments, until the entry into force of the RD-L 12/2012, in tax periods in which they have not complied with the requirements for small-sized enterprises, may apply pending quantities with the following limits:

To apply this rate the following requirements must be adhered to:

When the activity started in a financial year before 2008, the average amount of staff with which the staff of 2012 should be compared is a staff amount of zero. In cases where the activity started in the financial year of 2012, the 20% rate may be applied if the average amount of staff is above zero and less than the one, as long as the staff in 2013 at least reaches one.

In effect from January 1st 2012, the expenses and investments made during years 2007, 2008, 2009, 2010, 2011 and 2012 in order to familiarize the employees with using new communication technology and IT, when such use takes places outside the workplace and timetable, the company has the right to apply deduction for staff training expenses

The Royal Decree-Law 8/2011, extends the validity of the deduction for investments in film productions regulated in paragraph 2 of section 38 of the Spanish consolidated law on corporations tax, for the tax periods which started before January 1st 2013.

Deduction percentage: 18% for the producer and 5% for the financial co-producer.

Act 2/2011 on sustainable economy (Ley de Economía Sostenible), effective for tax years started from March 6th 2011 onwards. The percentage of deduction for investments on fixed assets aimed at protecting the environment is changed to 8% (from the previous 2%).

From February 12th 2012, Act 3/2012 of the reform of the labour market (reforma del mercado laboral), established a deduction of 3,000 euros, for entities that contract their first employee, with the following conditions:

Also, entities with less than 50 employees which arrange an indefinite contract for support for entrepreneurs with unemployed people on contributory benefits, 50% may be deducted from the total fee of the least expensive one of the following:

These deductions are subject to maintaining the employment relationship for at least 3 years.

11.- Deduction for Research, Development and Innovation.

The sustainable economy act increases to 12% (previously 8%) the percentage of deduction for expenses of technological innovation made in the tax period.

12.- Limit of deductions by incentives

For the tax periods started in 2012 and 2013, a transitional regime is in force which reduces the limit of deductions by incentives for investment from 35% to 25% of the total reduced fee. Similarly, the limit of 60% is reduced to 50% in cases where the deduction for research, development and technological innovation exceeds 10% of the total fee.

The quantities that do not get deducted due to shortfall in tax, may be deducted in the 15 following years (before the time limit was 10 years). For deductions for research, development and technological innovation, the period in which the deductions may be applied is increased from 15 to 18 years.

14.- Partial exemption for income derived from the transfer of buildings

Act 8/2012 establishes the exemption of 50% of income derived from the transfer of urban buildings that were acquired between May 12th and December 31st 2012, as long as they are non-current assets or classified as non-current assets maintained for sale. This exemption is compatible with the deduction for reinvestment of extraordinary profits. The exemption is not applicable for different entities that form part of the same group.

15. Exemption of income derived from the transfer of shares in non-resident entities.

On January 1st 2012 the RD-L 12/2012 modified section 21 of the TRLIS. Said precept established the exemption of income obtained from the transfer of shares in foreign entities, as long as the following requirements are complied with:

The modification made aims to make the application of the exemption more flexible, establishing that if the aforementioned requirements are not complied with during some of the financial years that the shares are held, the exemption will be applied to the part of the income which corresponds to the profit generated in the financial years in which the requirements were complied with.

Regarding the part of income that does not correspond to a net increase in non-distributed profits which are generated from the shareholding entity during the time the shares are held, the income will be understood to have been generated in a linear way, unless there is proof that shows otherwise, during the time that the shares are held. In this case the part which corresponds to the financial years when the aforementioned requirements were complied with, will be considered exempt.

The part of the rent that is not allowed to be exempt will be integrated into the tax base, with the right to deduction due to international double taxation.