The Government approves the new draft bill for telecommunications 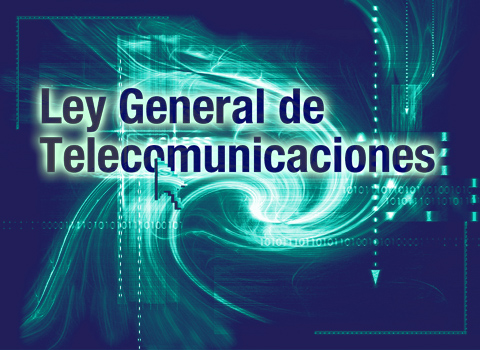 The Council of Ministers has approved the issuing to the Spanish Parliament of the draft bill on telecommunications, with which the regulations are updated in order to adapt them to the great advances that the telecommunications sector has achieved and to favour future development of digital economy, that the Government considers to be one of the most potential economic pillars for growth in Spain.

The new act seeks to create the appropriate framework in order to make easier the investments that are necessary for the development of the digital economy. This aims to take down barriers and strengthen competitiveness and the protection of the user. Among the changes, the roll-out of new networks will be simplified, favouring the shared use of infrastructures amongst companies and eliminating obstacles for the authorization of licenses.

Also, the new act ensures the unity of the market and marks the bases for investment in ultrafast fixed and mobile networks.

The new act on telecommunications is integrated into the Spanish national plan of reforms (Plan Nacional de Reformas) which the Government is carrying out as an essential part of economic policy. This is defined within the drive for digital economy that the Executive implemented and whose core idea is the Digital Agenda for Spain.

The achievement of these two objectives is carried out through the new regulation, which is based on four main principles:

The new act reinforces the control of radioelectric public domains and modifies other legal texts such as the act on information society services and e-commerce (Ley de Servicios de la Sociedad de la Información y de Comercio Electrónico), from July 11th, 2002, introducing more precise information on cookies. In this paragraph, the obligation and people in charge of the correct management of this sector is clarified, as for example, the advertising networks or agencies that have not adopted measures to demand from the editor of the service provider the compliance with obligations of information and the obtaining of user consent.

The text also changes the law on electronic signatures, from December 19th 2003, so that the recognized certificates used in electronic ID cards will last for five years, rather than 2 years, as it was previously.