The modifiation of the taxable base in insolvency proceedings. Amendment Invoices 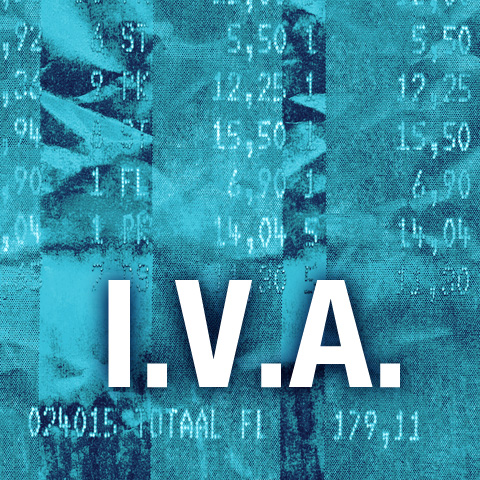 Article 80 of Law 37/1992 of Value Added Tax (VAT) arbitrates the two proceedings where the creditor can modify the taxable base of invoices and, consequently, the fees accrued that were initially declared:

First proceeding: Article 80.3 VAT Law: modification of the taxable base for unpaid debt of insolvency clients.

When the debtor has been declared insolvent through an Order with a date after the accrual of the operation, he must proceed according to provision of article 80.3 of the VAT Law, which establishes that the amendment may not be made after the maximum period established in article 21.1.5 º of Law 22/2003, July 9th, Insolvency Law, that is, a month from the day that follows the obligatory publication of the Order of the insolvency declaration in the Official State Gazette.

Second proceeding: Article 80.4 of the VAT Law: modification of the taxable base for totally or partially irrecoverable debts when the following requirements are fulfilled:

Before the reform of the VAT Law, which entered into force on December 28th, 2012, the majority of the doctrine (Directorate General for Tax) and case-law, indicated that invoices could not be amended once the period provided in article 21.1.5º of Law 22/2003 on Insolvency Law had passed, that is to say, that the two abovementioned proceedings were not alternatives, but if the debtor had been declared insolvent, the creditor that tried to amend invoices had to do it through article 80.3, VAT Law.

However, it was possible to try to sustain that the two proceeding were in fact alternatives. Thus, we found the doctrinal perspective of the Central Economic Administrative Court (TEAC in Spanish – Resolution 00/2471/201, September 20th, 2012), in which it was indicated that the criteria of the Directorate General for Tax was not completely shared. In this way, the TEAC anticipated that, in its opinion, there was no incompatibility between the cases of the VAT Law as was deduced from what was stated in article 80.4 that “the taxable base may also be reduced (…)”. There is no incompatibility derived from what is in the Law, although in section Three the specific case is detailed of a creditors meeting to provide the creditors of an insolvent company with the modification without having to wait for the longest periods of section 4 to pass, and with less strict requirements, no-one prevents these creditors from using section 4, if they fulfil requirements of said section.

In order to clarify and mark out the possible cases that support the modification of the taxable base in cases of creditors meetings, the mentioned reform of December 28th of last year, has included a new paragraph in article 80 of the VAT Law (Art 80.5.3ª) which literally states that: “the modification of the taxable base may not happen according to section four of article 80 of this Law, after the order of declaration of insolvency for creditors corresponding to the fees accrued from operations whose accrual is produced before said order”.

Consequently, with this modification, it has been made clear that, from the date in which it enters into force (December 28th, 2012) the creditor will only be able to amend invoices submitted to a insolvent debtor before the declaration of insolvency, through the proceeding provided in article 80.3 of the VAT Law. But, at the same time, this modification of the Law could support that, before their entry into force, the abovementioned proceedings were alternatives, that is to say, that if the creditor had not made use of the procedure of article 80.3 of the VAT Law, he could later have recourse to the proceeding of 80.4 of the VAT Law.