Duties and liabilities of directors in Spain 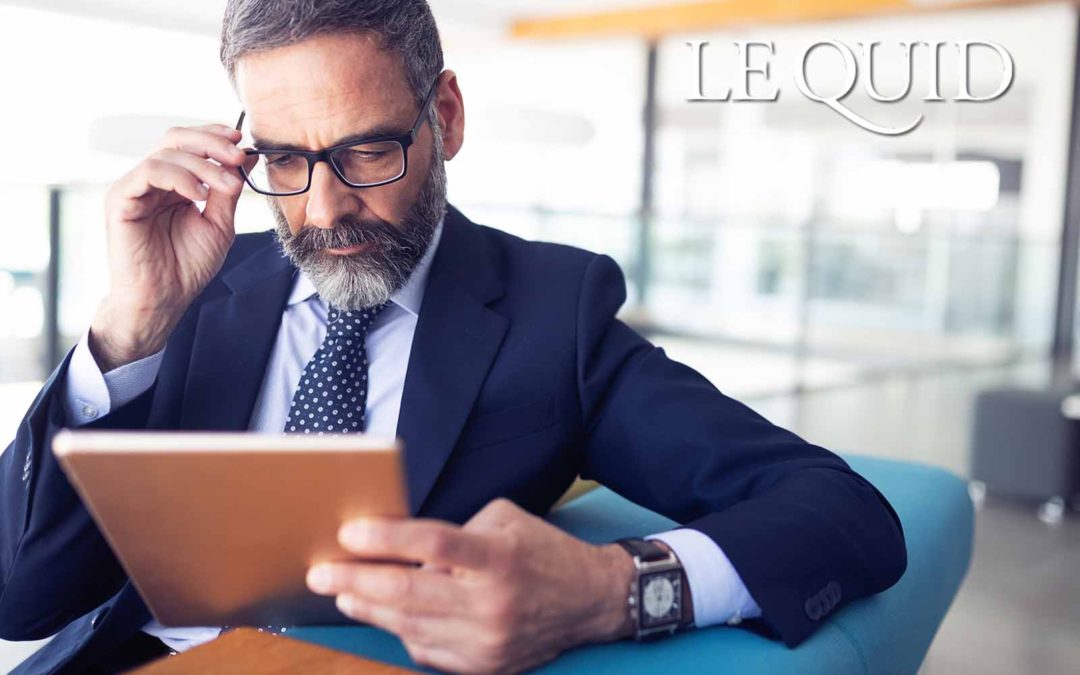 The below provides a high-level overview of the statutory duties and liabilities of directors (“administrador” – “Director“) of Corporate Enterprises (“Sociedades de Capital”) in Spain, after the legal reform adopted in 2014.

Duties and responsibilities of directors

The general corporate standards of care for a Director are similar to those existing in other European legislations and codified in the Spanish Capital Companies Act (“SCA”).  as follows (not exhaustive):

(i) To be diligent. A Director shall perform his functions and comply with the duties imposed by the Law and company By-Laws with the diligence of a prudent businessman (“ordenado empresario”). The Directors must have the appropriate commitment to the company and they must adopt the necessary measures for the good management and control of the company, via exercising their duty/right to obtain the adequate and necessary information from the company. This duty of care is measured by an objective standard. Each Director shall diligently inquire about the status and day-to-day of the Company.

(ii) To protect business judgement. Protecting business discretion has become a measure used to protect the right of directors to adopt strategic and business decisions. However, this could be an exemption of liability so long as Directors take decisions in good faith, have no personal interest in the matter decided upon, are sufficiently informed (e.g. with the support of experts in the field or according to expert reports) and follow an adequate decision-making process (e.g. by examining various alternatives and analyzing the effect that the decision will have on the company), the decisions will be presumed to have been adopted in a diligent manner.

(iii)  To be loyal to the Company. The Director must act in good faith, in the best interest of the Company and as a loyal representative fulfilling the duties set forth under the law and the By-laws of the Company. In particular, the types of conduct that the duty of loyalty involves have been specified as follows:

(iv) To avoid Conflict of Interest. This duty imposes a duty of conduct on directors, consisting of their abstention or a passive obligation. Specifically, directors undertake to

All Directors will, in any case, refrain from carrying out any of the activities set out in section (iv), unless the company authorizes this through the General Shareholders’/Sole Shareholder Meeting (“GSM”) or management body, as the case may be.

In addition, a Director must communicate to the board of directors or, in its case, to the other directors, any situation that may imply a direct or indirect conflict of interest between his own interests and those of the Company. Furthermore, the Director shall inform the Company of any direct or indirect stake that he (or any related party) may have in the share capital of a company with the same, analogous, or complementary purpose to the Company’s purpose, as well as his/their position or functions in such companies (being or not shareholder of such companies). Such situations of conflicts of interest shall be included in the annual accounts.

(v) To fulfill the obligations related to the Company, accounting/managing and book-keeping (including drawing up the annual accounts of the Company within three months after closing of the business year and, if required for the Company submitting them to the auditors, having them approved by the GSM within the six first months of the subsequent business year and depositing them with the Commercial Registry within one month after their approval by the GSM).

(vi) To comply with his statutory obligations to act in case of (i) a legal wind-up cause or cause set forth by the Company’s By-laws (e.g. impossibility to carry out the corporate purpose or due to losses making its net equity fall below half of the share capital) or (ii) an insolvency situation.

In serving his company’s interest, a director may to a certain extent take into account the interest of the group the company forms part of (e.g. implementing any decisions/instructions by the Business Group it belongs to) but only when a direct or indirect advantage or benefit to the company can derive from such decisions. However, a director has at all times to abide by the general principles and duties set out above and, accordingly, can be held personally liable for its decisions towards third parties (see below under internal and external liabilities of directors). 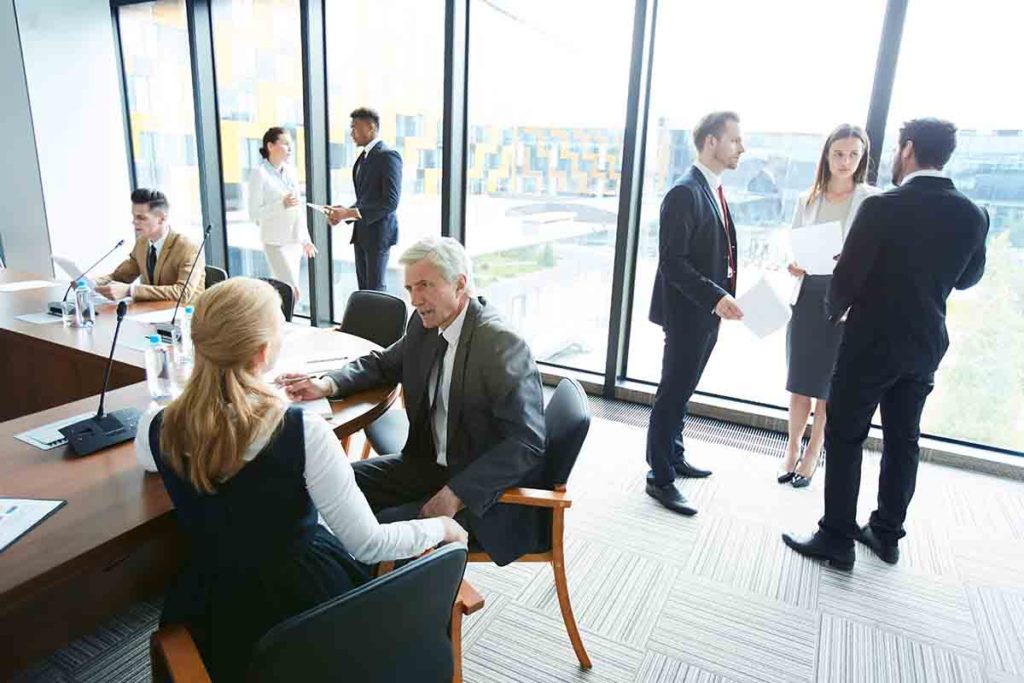 A Director shall be liable towards the Company itself, its shareholders and the Company’s creditors for any damage caused by reason of his acts or omissions against the law or the Company’s By-Laws or those performed in breach of their duties.

The approval, authorization or ratification by the GSM shall not exonerate liabilities of directors.

All the members of the administration body passing the resolution or executing a harmful act shall be jointly and severally liable, except those that prove that (i) did not intervene in the passing or execution of said resolution/act, and (ii) were not aware (and should not have become aware) of its existence, or being aware of it, made their best efforts to avoid the resulting damage or, at least, expressly opposed to such resolution/act.

Corporate and individual action of responsibility

The Company, through a resolution of the GSM may take actions against a Director to claim his liability for the damages caused to the Company, by virtue of the “corporate action of responsibility” (“acción social de responsabilidad”) which can be adopted at the request of any shareholder, even if it is not on the agenda.

Secondarily, in its absence, the minority shareholders (who individually or jointly hold a shareholding of at least 5%), may initiate the “corporate action of responsibility” in defense of the social interest when the Directors do not convene the general meeting requested for that purpose, when the company does not convene it within a period of one month, counted from the date of adoption of the corresponding agreement, or when the resolution of the GSM has been contrary to the demand for accountability.

The minority shareholders may also directly (and without the need to submit the decision to the general meeting) exercise the “corporate action of responsibility” when it is based on the breach of the duty of loyalty of the Directors,

Additionally, the company creditors may exercise the “corporate action of responsibility” when it has not been exercised by the company or its shareholders, as long as the equity is not enough for the satisfaction of their credits.

By last, an individual shareholder and third parties may also take action against a Director to claim his liability for the damages caused directly to their own interests (“acción individual de responsabilidad”).

In addition, the Directors shall be jointly and severally liable for the Company’s debts arising after the concurrence of a legal winding-up cause if they do not fulfill the obligations to recapitalize the company, to wind up or to apply for insolvency procedure.

Likewise, in case of insolvency proceeding, if the Judge considers that the insolvency was caused or aggravated by gross negligence or willful misconduct of the Directors (including the Director in place during the two years prior to the insolvency declaration), the Judge may impose on (all or some of) them the obligation to pay, totally or partially, to the creditors the damages and prejudices and, even, the amount of their credits not covered by the assets of the Company.

At last, under the circumstances specified in the specific legislation, a Director shall be personally liable (jointly and severally or subsidiary) for infringements of Spanish laws (tax, labour, environmental, competition, etc.) incurred by the Company and for criminal offences under the Spanish Criminal Code.

– Follow the respective by laws, board resolutions and internal organizational rules.

– Prepare for and attend directors’ meetings, keep minutes and invite functional experts to keep you informed as needed.

– Develop a program to manage risk and prevent liability and manage potential claims.

Directors & Officers liability insurance coverage for managing directors is recomendable.  This coverage applies to managing directors acting reasonably and responsibly in the ordinary course of their jobs within the mandates provided. There is no protection for gross negligence, willful misconduct, intentional acts, bad faith, fraud, self dealing and other similar claims.

THE NEED TO APPOINT A “LEGAL COUNSEL”: AN OBLIGATION THAT IS OFTEN FORGOTTEN

COMPLIANCE PROTOCOL (“CORPORATE COMPLIANCE”) TO PREVENT THE RESPONSIBILITY OF LEGAL PERSONS, THEIR ADMINISTRATORS AND DIRECTORS.

Are the roles of Social Administrator and Employment Relations compatible?

How to implement an effective corporate compliance program?