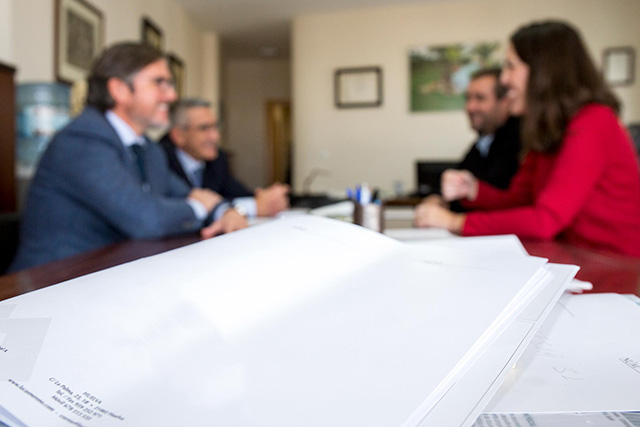 The in-house lawyer functions do not coincide with the work carried out by the external lawyer. Each one plays a different role within the legal world; however, the sum of both can be translated into a perfect synergy when collaborating to solve certain circumstances.

Functions of the in-house legal counsel and external lawyer

An in-house lawyer is an employed professional, who works in the legal department of a corporation whose purpose is not the provision of legal services and who, depending on the case, acts personally or relates to the external lawyers hired by the company.

Generally, the traditional lawyer´s job entails on focusing to reach the solution of the matter. However, in-house lawyers are inserted in the business and assume a certain manager role, accompanying the company in its strategic decisions. They are expected to bring improvements in the processes, not only in legal ones, but also in operational processes. They assume the real needs of the company, adopting speed of response, commitment, risk assessment and cost control.

One of the issues that the legal advice of the company must keep in mind is the need to have, when the circumstances require it, the support of external lawyers. To do this, the legal directors when hiring the services of a law firm seek their technical quality, together with their personal or trust relationship. The relations between both groups will seek better advice to the company than each of them individually. The consultants have a business vision and are a source of value for the company. External lawyers have an excellent opportunity to offer value in these aspects, using collaboration as a strategy.

The differences between external lawyers and in-house lawyers are not just related to the work that is required of them, but also extends to the labor regime. In-house legal counsels are very rarely self-employed. Neither the legislator nor the corporations that represent the legal profession have opted for a detailed regulation of this figure.

Under the rule of the first article of the General Statute of the Spanish Advocacy, the company lawyer fits into the definition of advocacy, which says that “the denomination and function of Lawyer to the Law Degree that he exercises professionally corresponds exclusively to the direction and defense of the parties in all kinds of processes, or legal advice.” However, little more shelter finds the figure of company lawyer in the Statute.

Regarding the Spanish Code of Ethics of the Advocacy, it is dedicated to the independence of the lawyer, but does not cover anything regarding the relationship between the in-house lawyer and his employer.

In this sense, it seems clear that these professionals are somehow helpless in what their regulation refers to unlike other jurisdictions, which include both figures in their Statutes and Codes of Conduct. Specifically, in the United Kingdom, the SRA Code of Conduct of 2012 specifies, article by article, which sections apply to corporate lawyers, these being most of them.

Until it is decided to regulate the situation of in-house lawyers in Spain, they will continue to be in a certain legal limbo.

Professional Secrecy of the Company Lawyer

Despite the controversy that arises from this matter, after the Spanish General Tax Law reform, -whose purpose is to transpose the European directive 2018/822, May 25th, known as DAC6, that increases controls on tax advisors,- it is settled that the in-house lawyer has the obligation to inform and disclose the operations that are held in Spain and cross-border.

Additionally, in the European sphere, the Court of Justice of the European Union (CJEU), rejected in its judgment of September 14th, 2010 (Akco Case), that company lawyers were entitled to professional secrecy, since it considers that the labor relationship between the company and the in-house lawyer, makes impossible the independence of the in-house lawyer.

Amid all this controversy, it is also argued that in-house lawyers must be protected by professional secrecy in their functions inherent to lawyers, when they defend and advise legally. Other arguments are based on the application of article 542.3 of the Spanish Organic Law of the Judiciary, which states that “lawyers must keep secret of all the facts or news that they know by reason of any of the modalities of their professional performance.” Reference can also be made to article 199 of the Spanish Criminal Code that sanctions those who reveal secrets known because of their trade or labor relations. In addition, the General Statute of Advocacy talks about the duty to keep professional secrecy in any modality of professional performance. Finally, the Professional Code of Practice regulates professional secrecy as a process guarantee, in its fifth article, without differentiating between external or company lawyers.

Clearly, it is necessary to regulate and shed light on this matter, but it seems that currently, the professional secrecy of the inhouse lawyer in Spain is limited. Following the latest reform of the General Tax Law and the CJEU case law, it is understood that the company lawyer does not enjoy the professional secrecy that derives from the client-lawyer relationship. The in-house lawyer lacks independence from his employer, and possible conflicts may easily arise between his professional obligations and the objectives of his employer. On the contrary, the external lawyer performs his activity with full independence.